“Beloved, when I gave all diligence to write unto you of the common salvation, it was needful for me to write unto you, and exhort you that ye should earnestly contend for the faith which was once delivered unto the saints.” 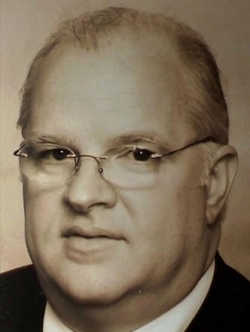 While there is a broad spectrum of diversity among those who call themselves Apostolic, fundamental among us is the understanding that the Apostolic Faith dates all the way back to the day of Pentecost written of by Luke in the second chapter of the book of the Acts of the Apostles. Our doctrines come directly from the writings of the apostles (who were sent by Jesus Christ to convey to others His teachings)—hence the term “apostolic.” The Apostolic Church was founded by Christ Himself upon the distinct revelation of His true identity and His absolute deity (Matthew 16:18-19). The message that the Apostles preached was a simple one: believe the Gospel of Jesus Christ, i.e., His death, burial and resurrection, and obey the Gospel of Jesus Christ, i.e., repent, be baptized by immersion in water in the name of Jesus Christ for the remission of sins, and receive the gift of the Holy Ghost (or Holy Spirit). This was the Apostle Peter’s inspired directive to the Jews on the day of Pentecost (as recorded in Acts 2:38), and it remains the basis for all Apostolic doctrine to this day.

The Apostolic Church has a scriptural mandate to “earnestly contend for the faith once [and for all] delivered to the saints” (Jude 1:3). As our doctrine and belief system come directly from the Bible and in particular the New Testament, we do not consider ourselves to be Protestant. The Apostolic Faith is based upon the “oneness” of the Deity or “Godhead,” and stands in contrast to the doctrine of the Trinity, or the belief in a triune deity. (This “oneness” must be distinguished from the Unitarian doctrine, which denies and disallows the deity of Jesus Christ—and which could never be considered an Apostolic teaching.) Apostolics contend that the scriptures declare that God is essentially “one” (Deuteronomy 6:4; James 2:19; Ephesians 4:5-6)—as opposed the Trinitarian concept that God is “three” in essence.

Apostolics believe that Jesus Christ was God manifest in the flesh (1 Timothy 3:16), fully God and yet fully man. Furthermore, the Apostle Paul declares that in Him (Christ) dwells all the fullness of Deity bodily (Colossians 2:9). He also states that Christ is the visible image of the invisible God, and the express image of the person of God, or the exact representation of His substance (Colossians 1:15; Hebrews 1:3). This fully conveys the theological definition of the term Son as it applies to Jesus Christ; He was both the Son of God (fully God) and the Son of Man (fully man). In Christ deity and humanity were fused for the purpose of redemption; hence the appropriateness of the term used of Him by John the Baptizer— “the Lamb of God which takes away the sin of the world” (John 1:29).

Unique among the many different “Christian” religions of the world today, the Apostolic Church invariably administers the sacrament of baptism in the name of Jesus Christ, as opposed to the trinitarian formula of “Father, Son and Holy Ghost (or Holy Spirit).” Because of this, the Apostolic Faith is considered by many to be unorthodox; yet Apostolics feel the exact opposite is true. Drawing from purely Apostolic precedent, we consider baptism in the name of Jesus Christ to be a vital ingredient in the conversion experience. All believers in the New Testament were baptized in the name of Jesus Christ for the remission of sins (Acts 2:38, 8:16, 10:48, 19:5, 22:16; Romans 6:3-4; James 2:7). Other (non-Apostolic) practices and traditions are declensions from true Apostolic teachings. Apostolics believe that if the original apostles were wrong in this regard (i.e., that administration of water baptism) then it is fruitless to seek any meaning whatsoever from their teachings.

Another feature of the Apostolic Faith is the emphasis on the practical application of Holiness, or separation from that which has not been sanctified by the Spirit of Christ unto God back to the original created state (2 Corinthians 6:14-7:1). This aspect of Christian living initiates within the heart of a believer and manifests externally in his or her life. According to the teachings of the Apostles, true inward Christianity inevitably expresses itself outwardly. The Apostle Paul stipulates that anyone confessing the name of Christ and laying claim to discipleship must abandon all ungodly pursuits (2 Timothy 2:19).

Ultimately, the Apostolic Message is one of hope to a lost world. Along with the message of salvation, the first apostles were commissioned by Jesus Christ to bring healing and miracles everywhere they went (Mark 16:15-20). Thus the Apostolic Way is one of salvation for the lost, healing to the sick, and hope for the hopeless—through and by the power of none other than Jesus Christ. The Apostle Peter unequivocally declared the Apostolic keynote in Acts 4:12:

“Neither is there salvation in any other (than Jesus Christ). For there is none other name under heaven, given among men, whereby we must be saved.”

Today, the Apostolic Church may be found in countries all over the world. Great effort is being made to evangelize the world. One of its fundamental tenets is the belief in the catching away of the body of believers in a process known as “the rapture.” Until that time, Apostolics all over the world continue to show forth the praises of Him who has called us out of darkness into His marvelous light (1 Peter 2:9). We are challenged to preserve the integrity of the Apostolic Faith while we present it to a world that largely lies under the spell and influence of illusion and deception.